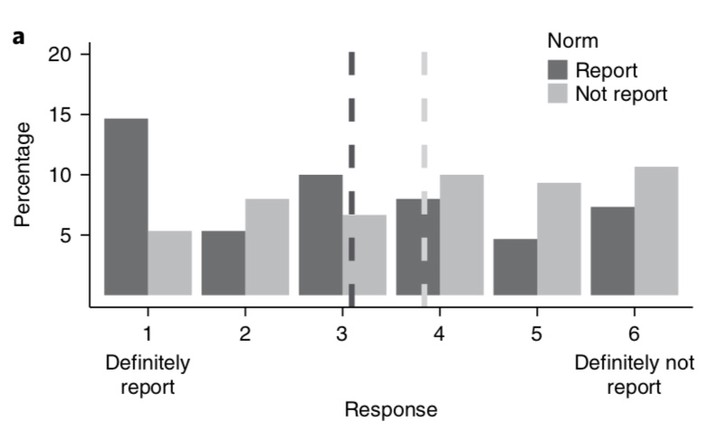 It is well known that individuals tend to copy behaviours that are common among other people—a phenomenon known as the descriptive norm effect. This effect has been successfully used to encourage a range of real-world prosocial decisions, such as increasing organ donor registrations. However, it is still unclear why it occurs. Here, we show that people conform to social norms, even when they understand that the norms in question are arbitrary and do not reflect the actual preferences of other people. These results hold across multiple contexts and when controlling for confounds such as anchoring or mere-exposure effects. Moreover, we demonstrate that the degree to which participants conform to an arbitrary norm is determined by the degree to which they self-identify with the group that exhibits the norm. Two prominent explanations of norm adherence—the informational and social sanction accounts—cannot explain these results, suggesting that these theories need to be supplemented by an additional mechanism that takes into account self-identity.