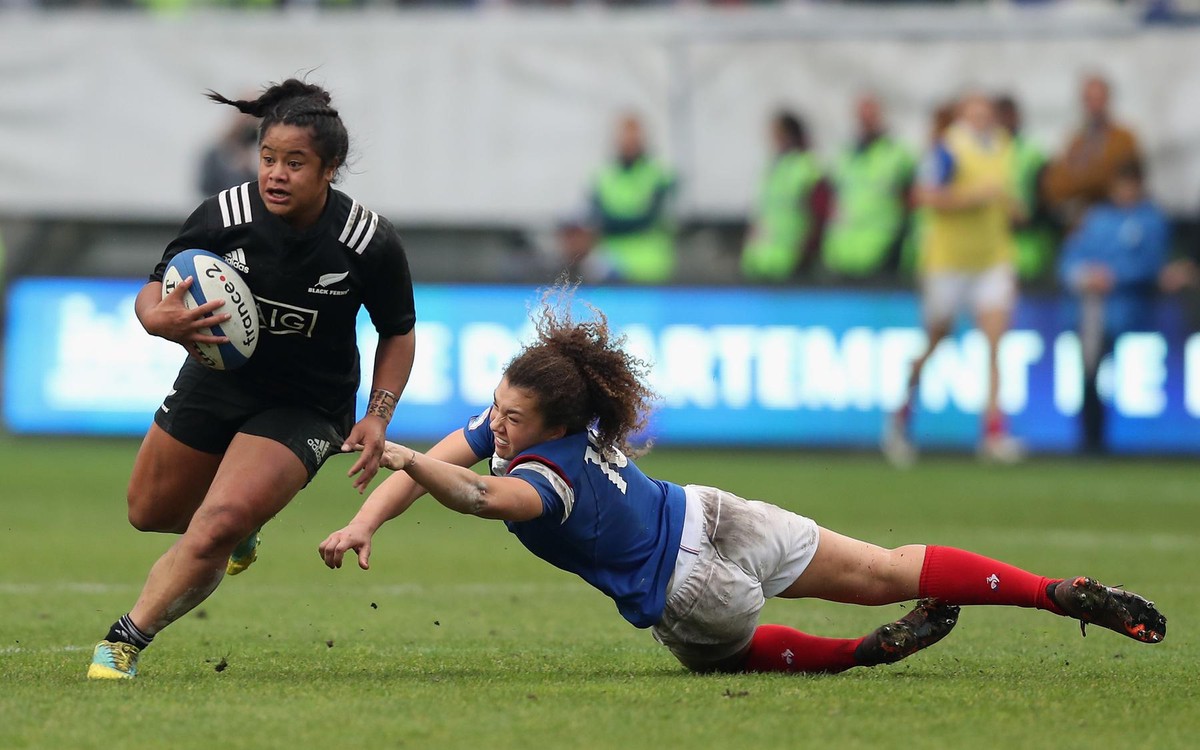 I get that question a lot – almost everyone I know, from my boss to my mother, can't really figure out why anyone would subject themselves to what seems to them a brutal and violent game. It really isn't one question at all, though: it's two. Why do you play rugby instead of another sport? And why do you play rugby?

First question first. Why rugby instead of something else?

Well, for one thing, rugby is one of the most highly skilled, elegant sports I know. The word “elegant” might surprise people who don't know the game and see only a bunch of people on a field bashing into each other – but I can think of no better word. It is fifteen people on one pitch, each with a different role, but organizing together into an amazingly well-coordinated and subtle whole. I remember once watching the Berkeley All-Blues (the Women's National Champions at the time); the man next to me pronounced it “poetry in motion.” There is no better phrase for good rugby: the teamwork and the coordination is everything, and when you work together as a team, it truly is poetry.

I also like rugby because it is not too popular. This might sound like a strange reason to play a sport, but one look at the current state of major league baseball or the astronomical, ridiculous salaries of pro basketball and football players should make my point. People who play rugby, particularly women's rugby, do it for the love of the sport, period. There is no other reason. Especially in America, there are no ringing endorsement deals waiting for them, no five-year contracts, no fame and fortune. The largest crowd I ever played for was composed of maybe 150 people, most of them coaches and players themselves – and that was for the collegiate national championship. This means that your teammates, the refs, the coaches, are all there because they love the game, not because they love the fame. And that means that whether you're on or off the field, you don't have to deal with the kind of ego and attitude that plagues so many other sports, even at the club or collegiate level. It's enormously refreshing.

Unlike most other American sports, rugby is also a game that is immediately accessible to all levels. People play for twenty years and still learn new things about the game every time they get onto the pitch or go to a practice. At the same time, a first-season rookie can become a key player on her team, and even play on the same pitch, same game, or same team as an Eagles professional. I had the opportunity in my first years of rugby to play on the National Collegiate Champion team as well as go on tour to Fiji and New Zealand, where we played against (among other things) some All-Black players and the first-ever women's side in Fiji. But the opposite challenge is easy to find as well: my current team, the San Francisco Golden Gate (SFGG) women's side, is just a few years old. The trials and joys of helping to build it, seeing it and the women on it grow, are in many ways even more rewarding than playing on a well-established team. Both options are possible from the beginning for anyone who wants to join.

Okay, I can hear my mom saying, that explains why someone might play rugby. But why might you want to play such an aggressive and hardcore sport? Why not do something feminine?

That type of question is itself a large reason that I love rugby – it makes people reevaluate their assumptions about what it means to be a woman, to be feminine. One of my favorite parts of every season is watching the rookies join in the fall, unsure and awkward, asking themselves what on earth they're doing here. They come to rugby having implicitly if unconsciously accepted the ubiquitous cultural messages that say a woman's body should be decorative, not functional. There is a wonderful transformation during the season as recruits come to realize that being strong and muscular makes someone more beautiful, not less; that routinely tackling other women into the ground on the weekends not only doesn't compromise femininity, it increases self-confidence and assertiveness; and that women really can do something that almost everything and everyone says we can't do. I can personally name multiple women who were borderline anorexic when they started the sport, who only because of rugby began to treasure their bodies for what they could do rather than for how little fat they contained. There is almost nothing in our society besides rugby that allows women to be truly physically aggressive, to use our bodies in the same unselfconscious, unafraid, assertive way that men use theirs all the time.

In my experience, the confidence and trust that springs out of rugby also has few parallels in other aspects of society, even in other sports. Rugby is intrinsically and fundamentally a team sport. One of my first coaches was fond of saying “you can't be a champion with anything less than twenty-two players.” It sounds cliche, but it's true: more than any other sport I've played, winning a rugby game requires the full dedication of everyone on the field, not just one or two stars. When you're breaking through the line, facing down four strong women desperate to tackle you, you just trust that your teammate is there in support. Moreoever, rugby players party just as hard as they play; the after-game socials have made the sport notorious. There is nothing like leaving your heart and soul on the pitch fighting a bitter rival, then singing drinking songs and shooting the boot with those very same people. This combination of trust and camaraderie is one reason I rely on, respect, and admire the women in my rugby club as much as I do. Almost everyone I know who plays rugby counts the relationships they have made through the sport as one of the main reasons they stay with it.

So I play rugby for all of those reasons: because it's an elegant and beautiful game, because of the people you can meet, because of the attitudes and camaraderie and personal growth. But there is still one more reason I play – a reason that is more important than any of the rest.

It's so damn fun.

I love going to practice after a tedious day of work, losing the stress and worry of the day in the rhythm of rucks and mauls and passes. I love the smell of the pitch in the morning during warm ups, feeling the combined nervousness and excitement in the preparation for going head-to-head with another team. I love the feeling you have in the last minutes of a game, when you rely on everything you have to pull out just one more hard scrum, one dive across the try line, and your breath is coming hard and you don't know if you can last – but you look at your teammates on the field with you and then one of you scores and you're hugging each other and you're muddy and bruised and tired, but there's no way you'd want to be anywhere else in the world.

That's why I play rugby.